Vanishing World of the Himba People

Since entering Namibia, we’ve been noticing the well marked picnic spots. We could have not guessed then that we would bushcamp in one of these spots, forced by the national obsession for fences. Actually it was a decent camp: after a day in Etosha, we had a table, chairs and garbage bin. 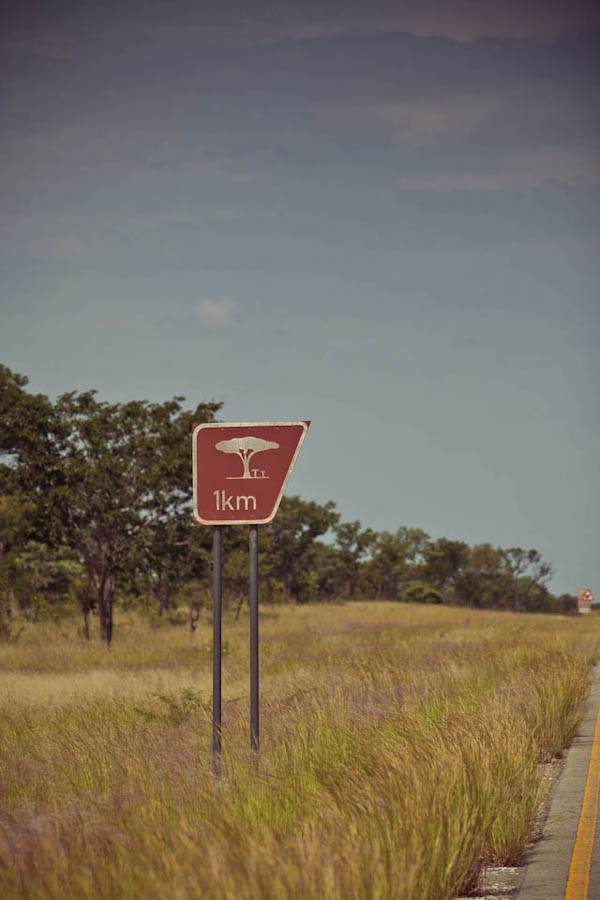 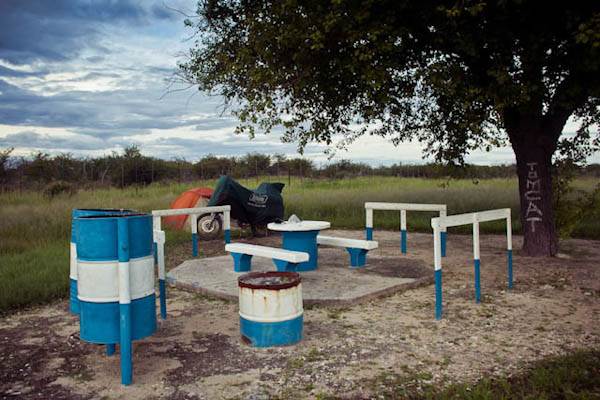 Ovamboland, divided into 4 distinct regions since independence, is the most heavily populated part of Namibia. A third of the 800000 inhabitants suffer from HIV. The local government promotes development projects and cooperation with China. Durind apertheid Ovamboland was cut from the rest of the country and is still largely influenced by Angola. The traditional ovambo huts have been “updated”: the mud replaced by zinc. One must suffer from heatstroke in those houses, we imagine.

We took the next pics at the border with Angola and we are dedicating them to the Angolan diplomats, who did their best to keep us away from their country, and to our French companions on the grueling road across DRC. We gazed upon the stunning rolling hills beyond the frontier that had costed us a lot of money, tremendous effort and possibly the friendship of Jacques and Delphine. From afar, Angola was beautiful. And in this most unassuming lonely place, the roar of Ruacana Falls, water thrusting onto the rocks, glistening at sunset. 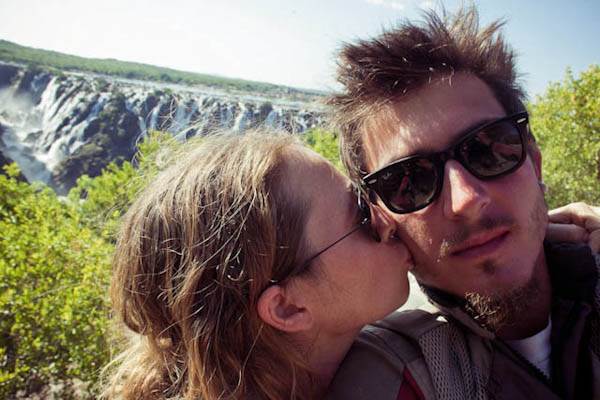 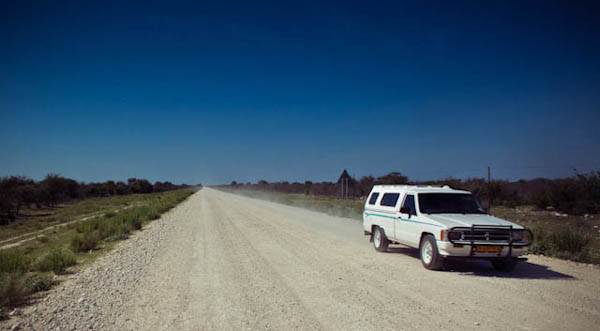 Gravel roads, better for our knobbies.

Bushcamp with cows and sweat flies

In Opuwo, the tourist hub for visiting Kaokoland and the Himbas, where tarmac road, supermarkets, beer and plastic work together to push an ancient world into oblivion. The town is a mess of Himbas, Hereros and modern Namibians.

Jeeps from half a century ago, Herero women dressed in centuries old attire… 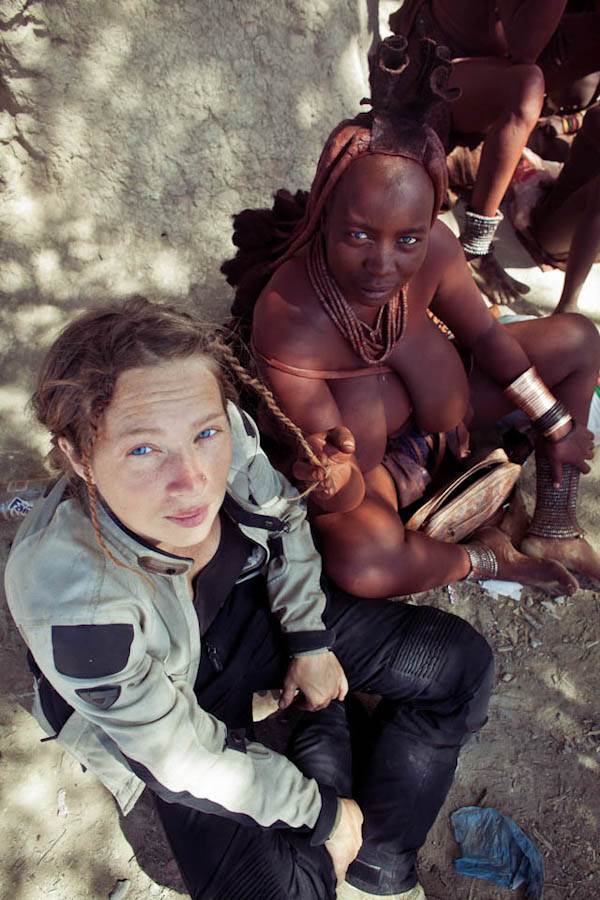 And Himba people, surviving in a changing world like a millennia ago

Kathiriwe: the beaded anklets protect from venomous animal bites but serve also as significant indicators; for example 2 vertical lines in the beads mean that the woman had more than one child; when the woman is in mourning, she will replace one of the anklets with a shorter one that has only one vertical line and she will also replace the traditional palm braids with an ostrich egg shell necklace. 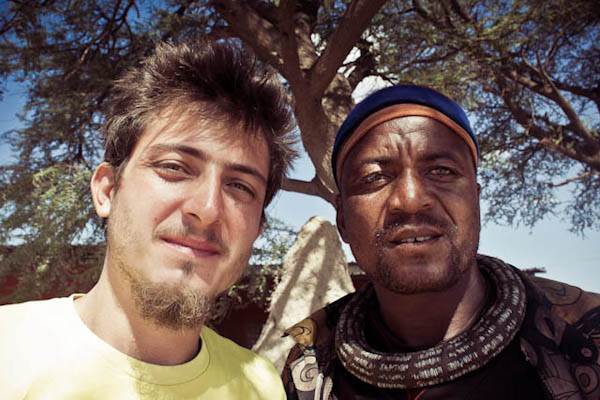 We had to deal with the reality: we had arrived a little too late to witness the “real” Himba life. So we hired a guide, bought the gift of staple food for the tribe where we would camp overnight and we grabbed lunch. 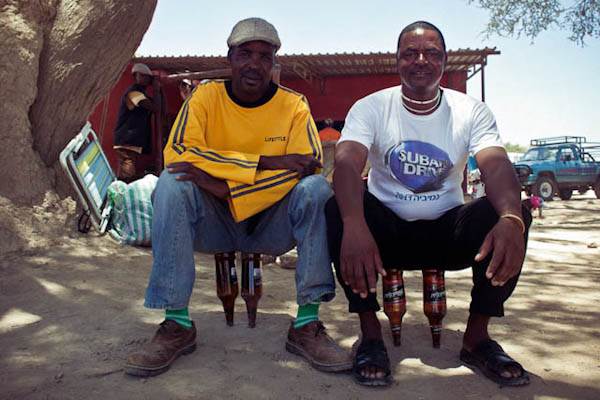 On the right: our guide, sitting on a chair made of the packaging from the most recent Himba passion. His tshirt was enough to make me hire this guy. 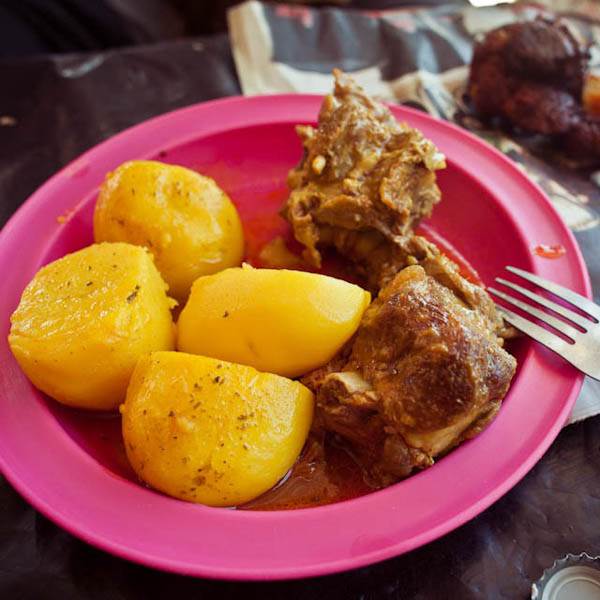 Grilled beef in an Opuwo shack

Kaokoland (Kunene) is the inhospitable and extremely dry home of the Himba, the “red people”, one of the last surviving tribes living close to the nature. No electricity, no water, food consisting of meat and milk. Himba money is cattle: the so important traditional jewelry, food, wives, cars are all bought with cattle. The land is not fenced and belongs largely to the tribal chiefs, but there is no real statistic of the population ravaged by preventable and treatable diseases and some chiefs have started to sell land to the Chinese. We spent a day and a night in the Ohungumure village (The Tall Mountain). Here the kral was mourning the death of its chief. A Himba village consists of several krals. A kral represents the extended family of a chief, whose house is in the middle of the compound, while the sacred fire (okuruwo) burns on the axis that links the building to the main livestock enclosure..

The sacred fire communicates to the ancestors and the Himba God, Mukuru

The Himba huts mix tradition with any imaginable scraps of modernity, and sometimes have been entirely replaced by tents. 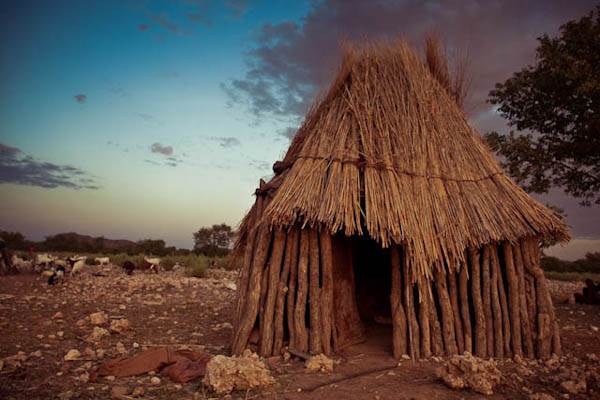 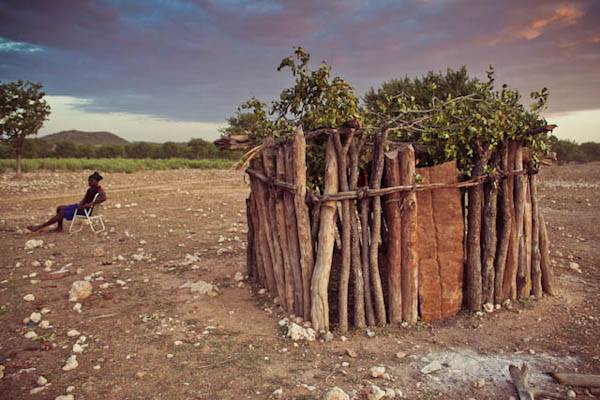 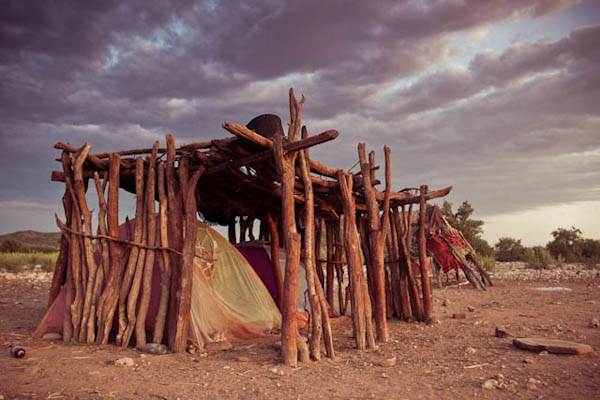 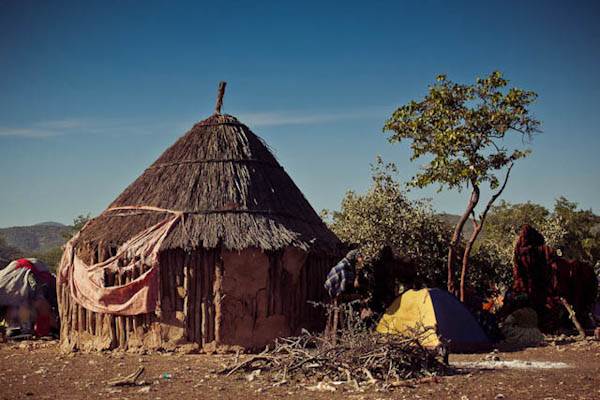 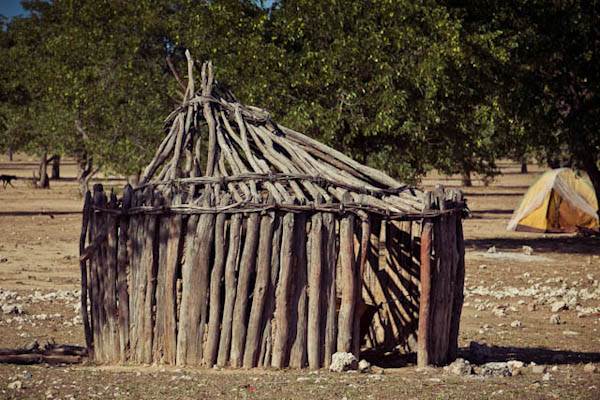 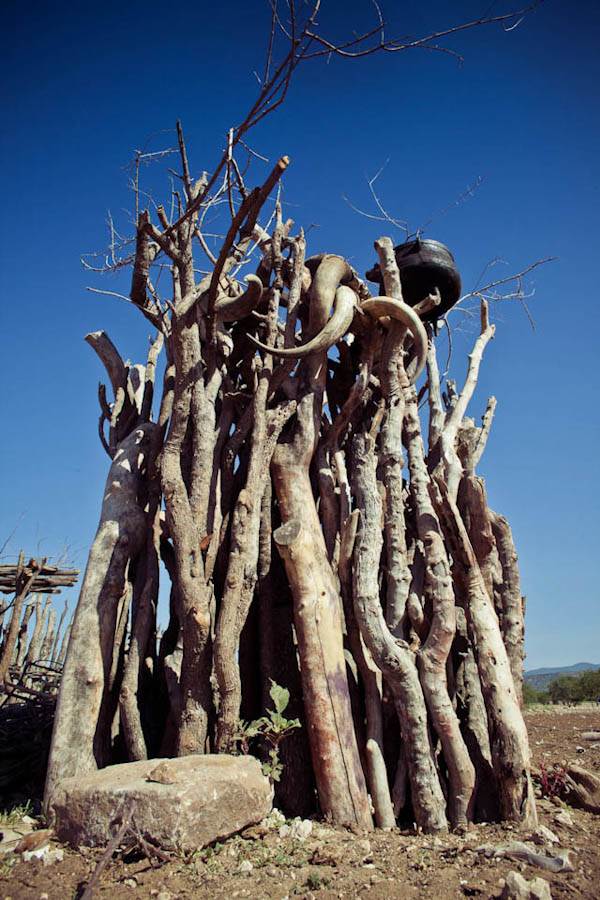 The men council, presided by the younger brother of the deceased chief. The tribal structure of the Himbas is based on bilateral descent, that means that a member of the tribe belongs both to the maternal and the paternal clans. This ensures more chances of survival in the extremely harsh climate of Kaokoland. Only a few isolated tribes in the Pacific and the Indian subcontinent share a similar structure. 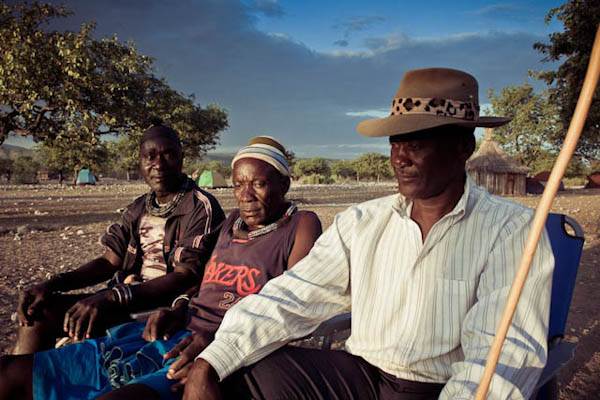 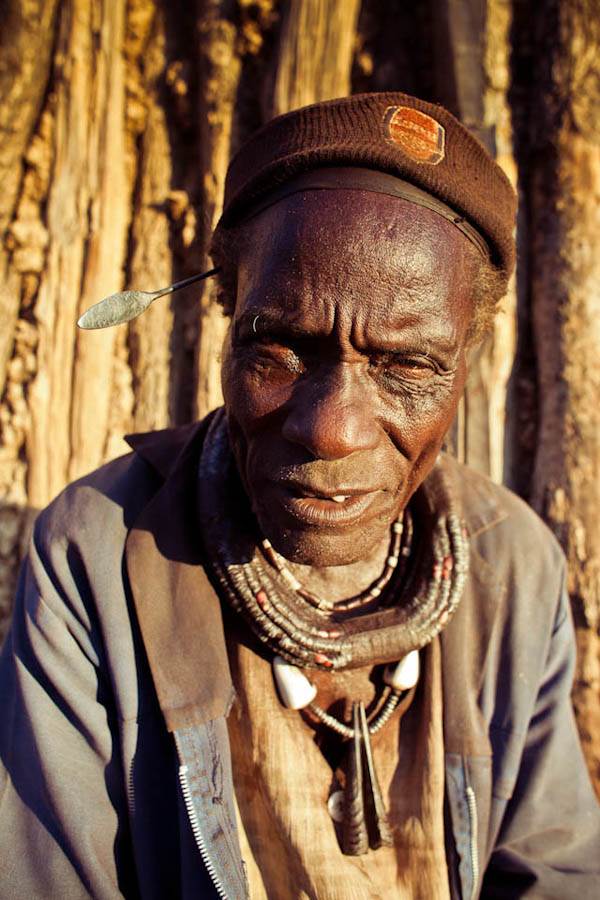 The necklace is braided on the body and cannot be taken off. The metal arrow is for, well, grooming. 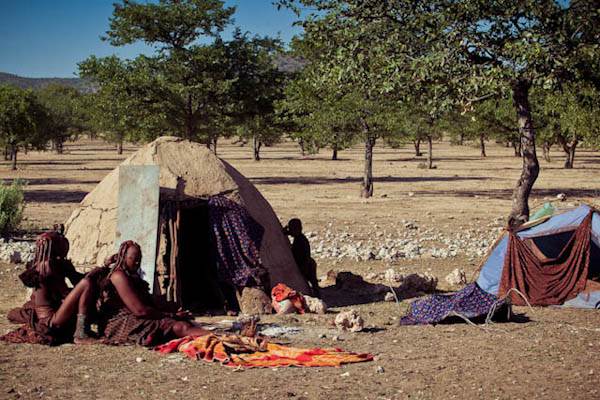 And groom themselves together… They don’t wash, but they use otjize (a mixture of ochre, butter and scented seeds) to protect their skin from the sun.

They have flawless skin and wear hair extensions clipped on with clay. In the past the hair for the extensions was coming from the men. The intricate hair styles show marital status, age, personality. Only women, children and married men use ochre on the skin. Boys wear a single braid on the back, teenager men wear two; girls wear the hair braided forward, while adult women have shoulder long extensions and a cow skin “crown” on top of their head. 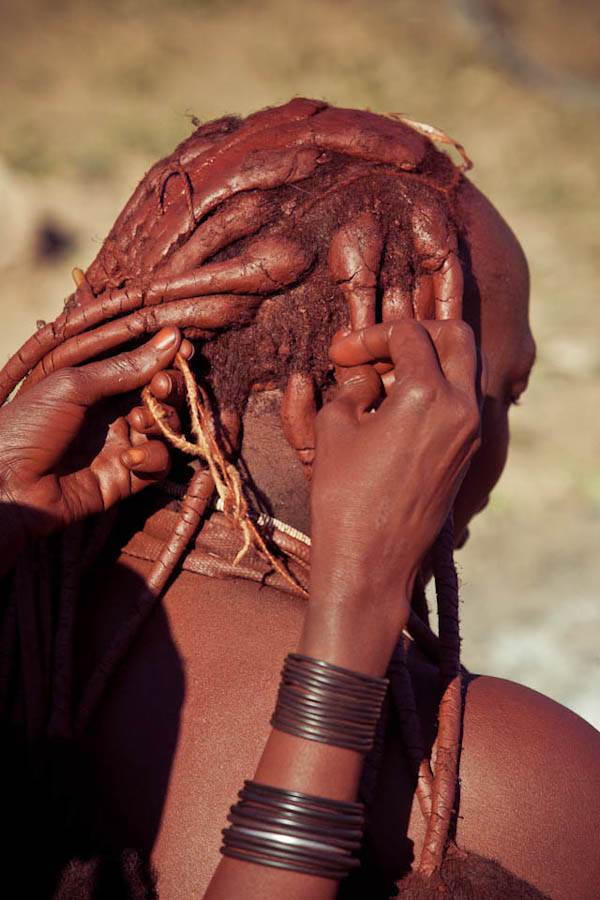 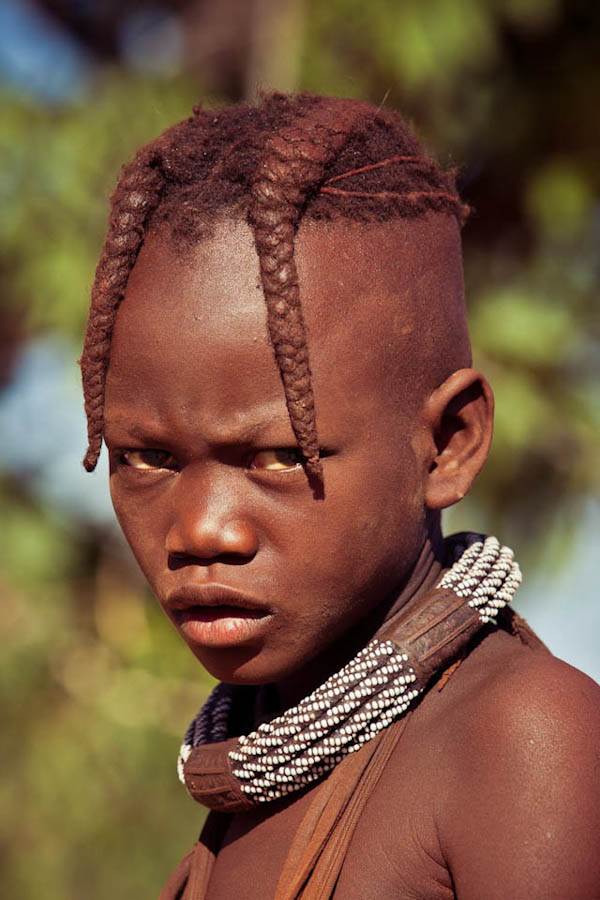 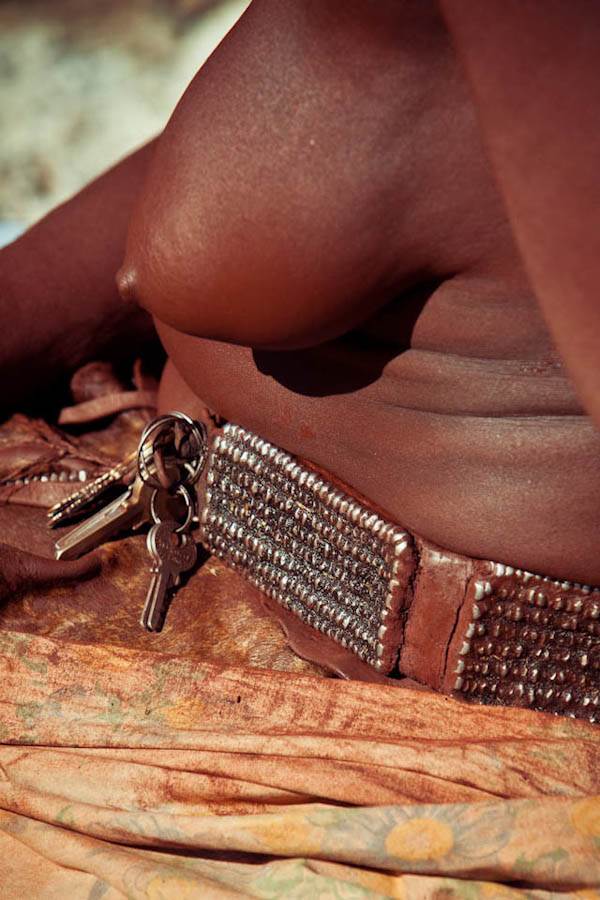 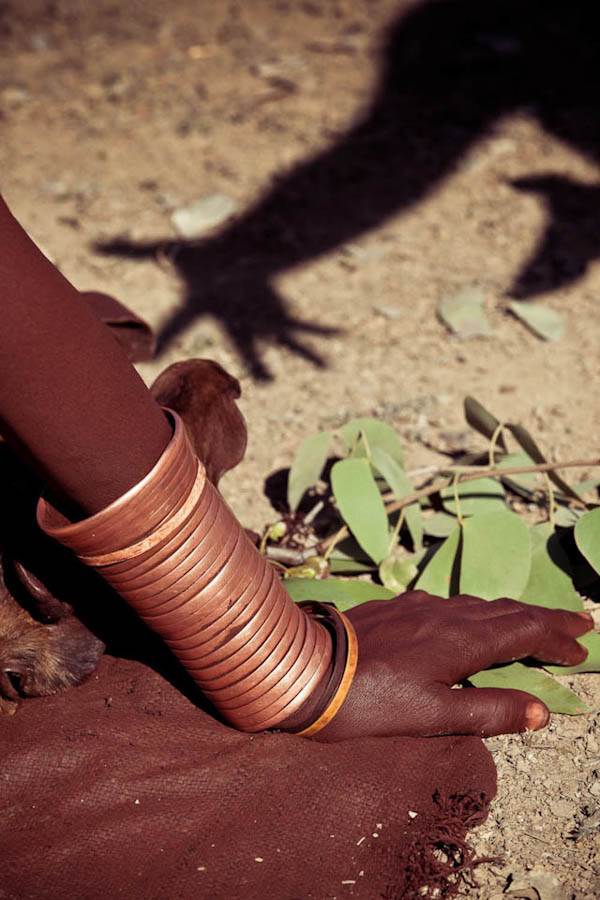 This bracelet costs a whole cow 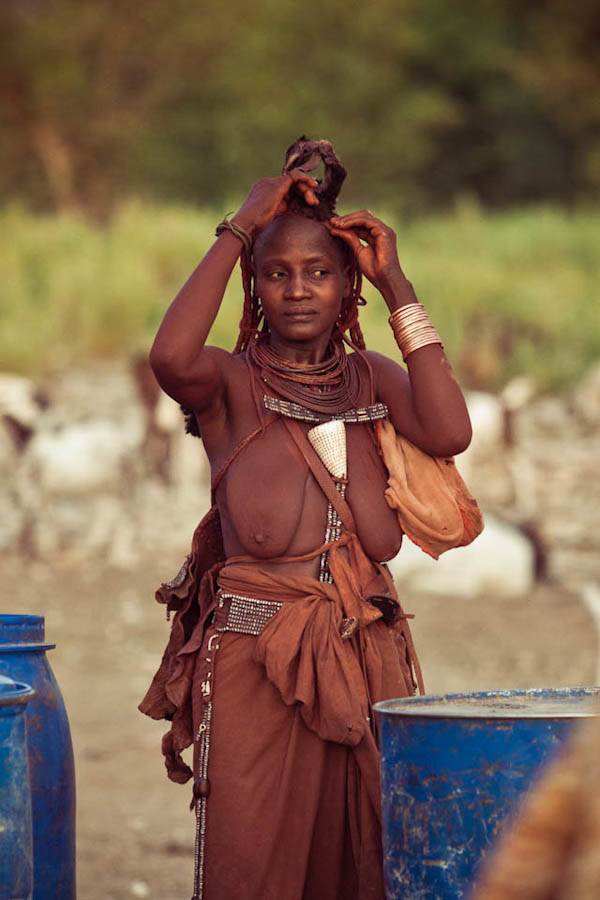 Iresistible Himba jewelry shopping. Looking for stuff that has a story. 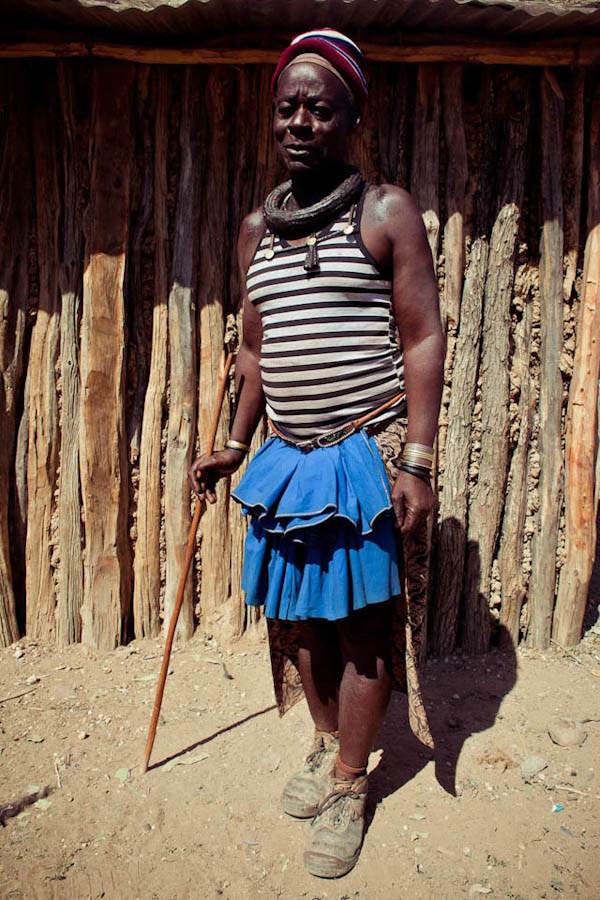 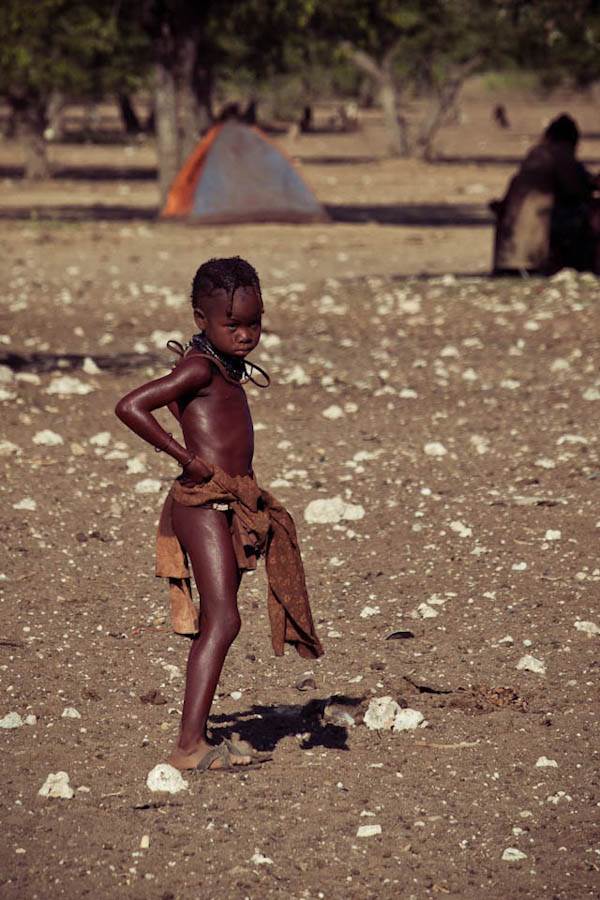 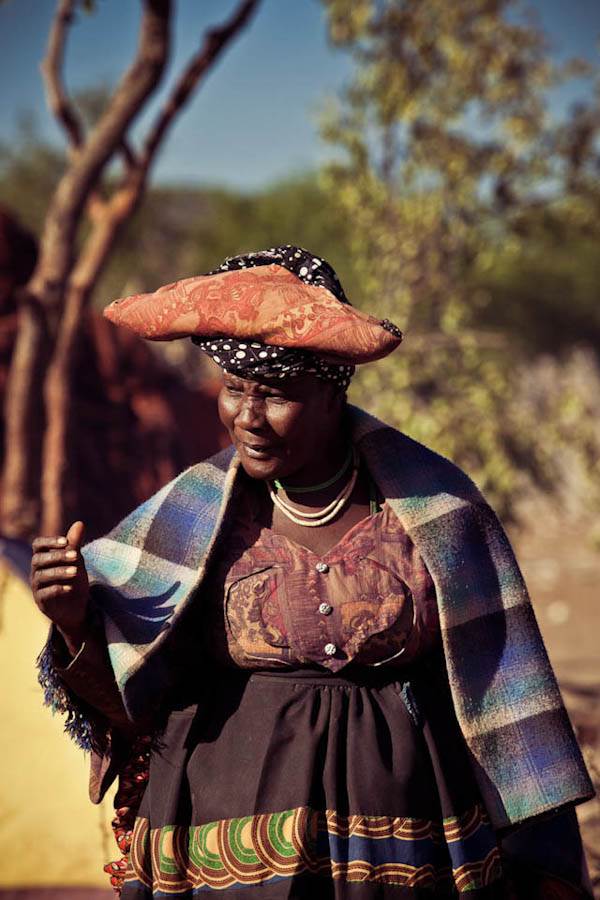