Dust, Sweat And Prayers in Zambia

In Livingstone the turquoise cabs were desperate for customers.

Riding the steep track to Nsogwe, we could smell the falls, see the wave of mist now a shadow of its February might. We had butterflies in our stomachs. It felt like coming home: returning somewhere for the first time in over 10 months. There we knew people’s names and every single corner. There we had a past, and we had come back to recover that link. Surprisingly, wifi is hard to find in Joburg and even more a precious commodity in Botswana, so we hadn’t warned of our imminent arrival. But we found everybody in good health and received some very happy news for the end of the year. Laura’s parents were ending their visit with a vow to return in a couple of years. Some things were different though:

The colors had faded away into shades of rust and gold, after simmering all summer. The camp looked older, as we were as well, wiser, as we hoped to had grown. More drama was filling up the gorge, the Zambezi wider and now flooding the rocky beaches under its swarming rapids. But the roar of the river and those awesome sunsets that only happen at Rapid 14 were just as we remembered them. Unfortunately this time we would stay for three nights only, to spend time with the gang, clean and organize our stuff. 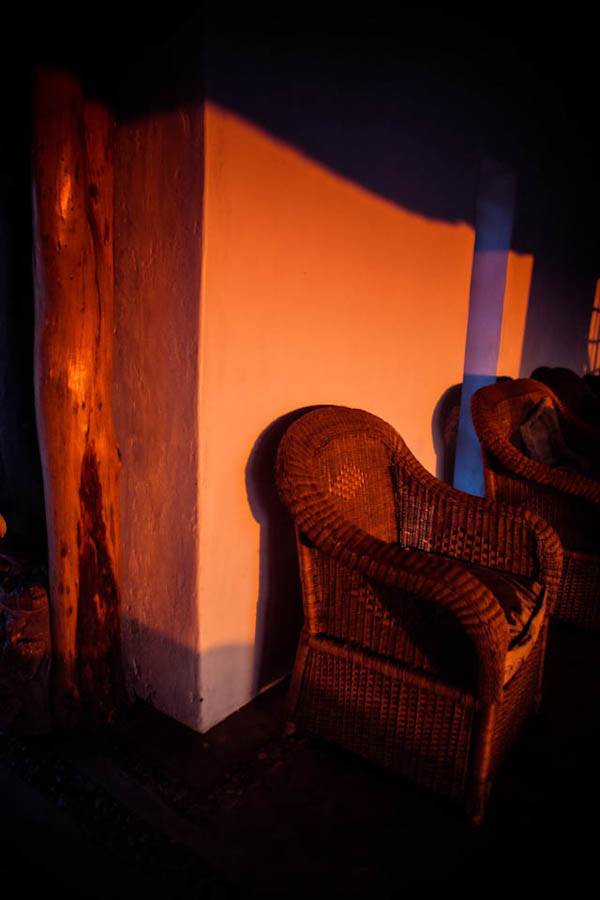 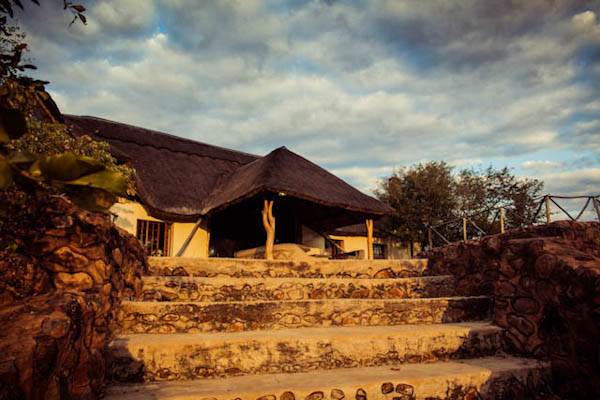 The base was now fully operational: teams being shipped into the field, dozen of staff working around a very busy schedule. That would go on for months. The night of our arrival also the founder of Overland arrived. Phil told us that after serving in the South African military, he had traveled independently for six years throughout more than 40 countries, then worked as international instructor for Camel Trophy. In 1999 he founded Overland with his wife Sharon, committing to bring the Gospel, humanitarian care and economic opportunities to communities that remain isolated by geography. The couple had been  rated one of the top 30 emerging voices in the USA for their work in developing nations.

A few years ago, Pete had taken part in an Overland expedition in the Amazon. Then we went briefly to Zambia. Next year he stayed at the base for 3 months, next year for 7. In 2012 he decided to live permanently at rapid 14. ‘If you need something done, I am happy to help’, he offered. We could squeeze some bike work, I thought. Together we fabricated the bash plate bracket, a 2.0 version, sturdier than the original already broken twice (Lumbumbashi & Namibia). We also welded some holes in the exhaust to temper a tad its scream. 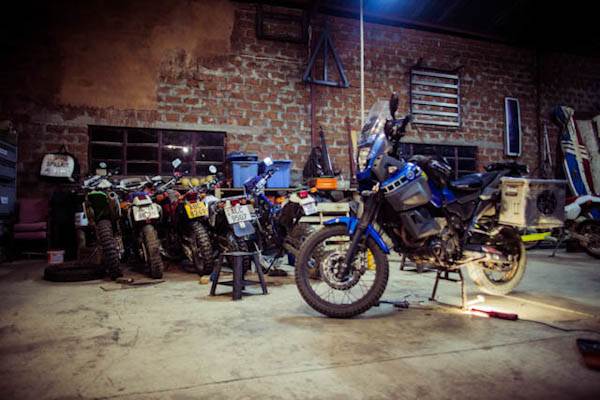 Way too soon, it was time to leave. Laura could not have put it any better: saying good bye twice was not going to cut it. Next time we needed to make a plan and stay. Verba volant, scripta manent: there will be this next time. As we were preparing to go, Pete was summoned in the field. It was one of the expeditions’ trucks. Stuck somewhere deep in the bush in the Nyhawa chiefdom, the field team having to push-start it for days. ‘It’s a one day job’, Pete said: ‘go in, replace the part, go out’. ‘You should come along’, he suggested, ‘spend the night in the village with the expedition, then continue to Lusaka the next day’. Brilliant, let’s do it. 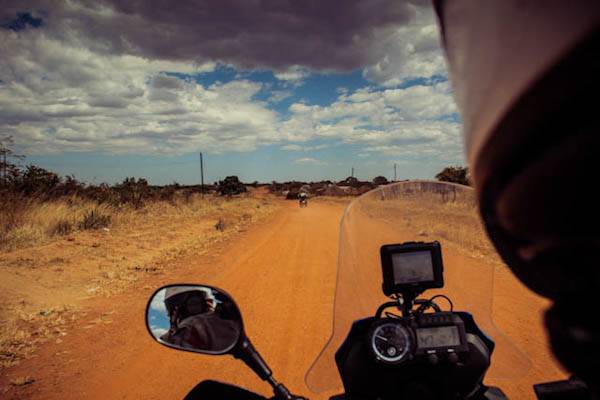 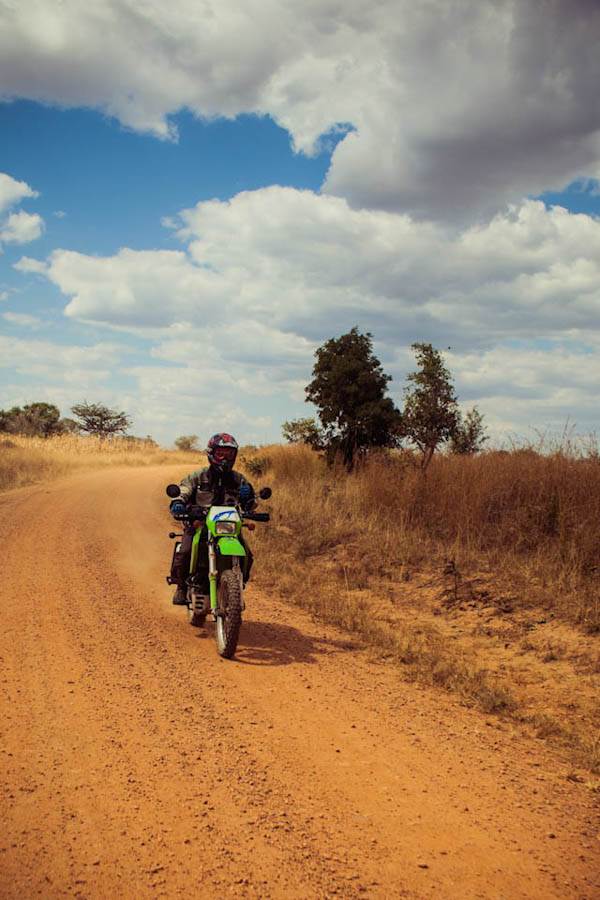 90 kays north of Livingstone, in Zima, we went off the tarred road down to Nyhawa central. Lucky that the pastor’s wife correctly suspected that we should track down our people in the Siamundele village. 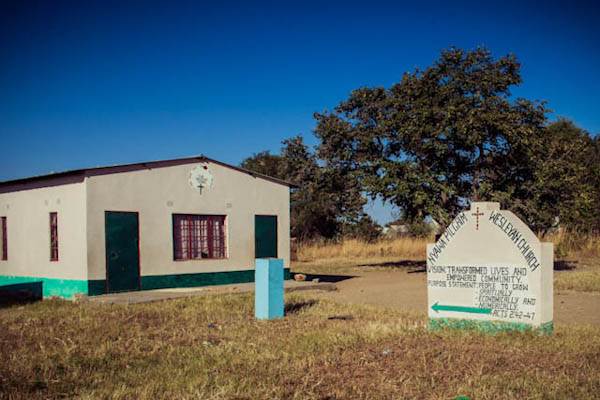 We got to see some field action. The young US missionaries have been living in the chiefdom for a week: walking for hours to visit the huts, helping the villagers with house chores, offering counseling and spiritual guidance, organizing school activities and even a football match.

As we have seen across Africa, the church offers a common ground for artistic expression, personal and spiritual engagement and much more. African would always incorporate dancing, choral music and even theatrical performances (as we had seen in DRC in Mission Kalonda) in the worship. And of course there are a lot of animist beliefs still shaping every day life. In this particular cluster of villages, like in many other in the unseen and little known Zambia, there is a quite influential ‘witch doctor’. People would employ this dude for protection, only to become dependent on his expensive manipulations. 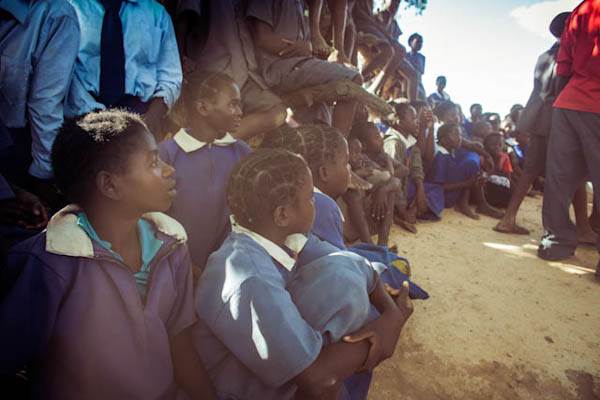 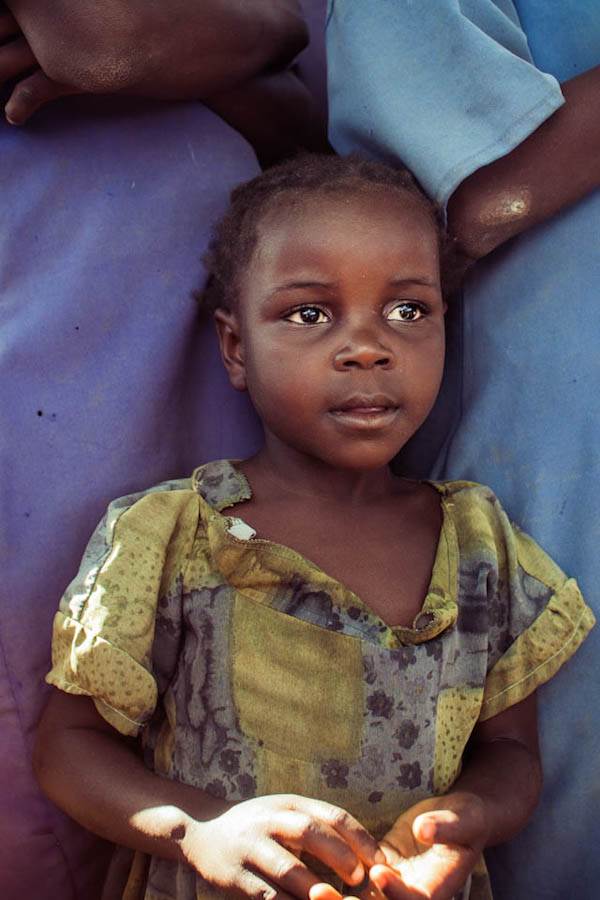 Watching the kids taking part in the activities made us think of the DRC. Zambia looked so different now than back in February. On the main road and in the towns the globalization was striking, but here, deep in the rural Zambia, not so much. Sure, Zambians are tamer and shyer than the Congolese, but they share a helluva lot of common features. It was exciting to experience simple life, even if mass consumerism is slowly taking over the country. But people suffer from lack of proper education: severe migraines caused by dehydration, diet poor in nutrients, sketchy agriculture, the same story. Overland projects focus on education and teaching: how to feed better (introduce cheap proteins like beans in children’s diet), how to grow food better.

Tonga, the dominant ethnic group in south Zambia, have an end of day ritual: dancing by the fire with the ‘shetenge’ (African skirt). We had seen something similar in a Gabonese orphanage. 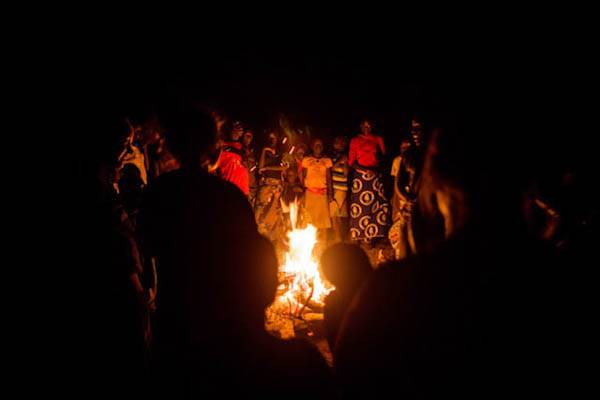 After a full day of riding, dancing and story telling by the camp fire and after having our first ever SMORE ( an American ‘give me some more’ camping desert: roasted marshmallow sandwiched with a piece of chocolate between two rye cookies) we were knackered. Since leaving Cape Town weather has been warming up, but days have also become shorter and shorter. It was now getting dark around 6.30 p.m. and the mornings were at times very chilly indeed. This time we woke up more frisky than usual, as Pete had come up with a new plan. 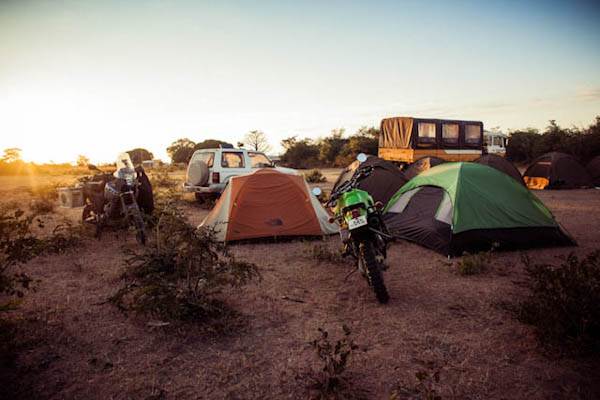 10 years ago Jako left his home in South Africa behind, and Amber left the States, for a lost corner of Zambia. 6 years ago these pals of Pete founded an orphanage and a preschool, out of the government radar. To learn more about Jako’s project visit www.missionoflovezambia.org.

The plan was to ride across the bushveld to visit Jako, Amber and their sons, Jacob and Jeremiah. To reach Jako all we had was a hand drawn sketch by the Nihawa pastor and our navigation skills. We knew the locals would guide us thru. It was a 70 kays task. A maze of trails. In Southern Africa we learnt that this kind of terrain is called cotton soil. A deep layer of a powdery unstable mix of dirt and sand, tricky in dry season (and we were lucky to be in that benevolent time of the year), but deadly in the wet. When it is drenched, its sticky, swampy, but solidifies like concrete between downpours. Ironically, cotton plantations doubled the cotton road. 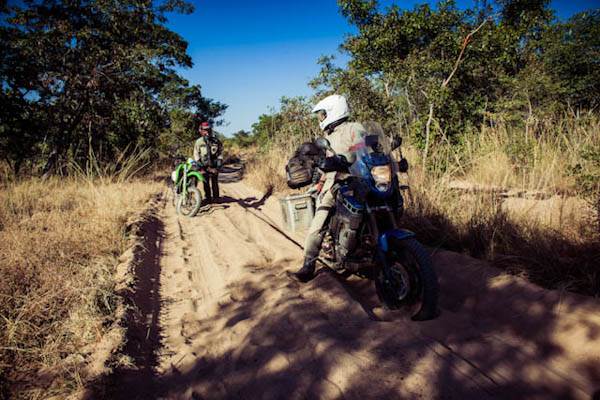 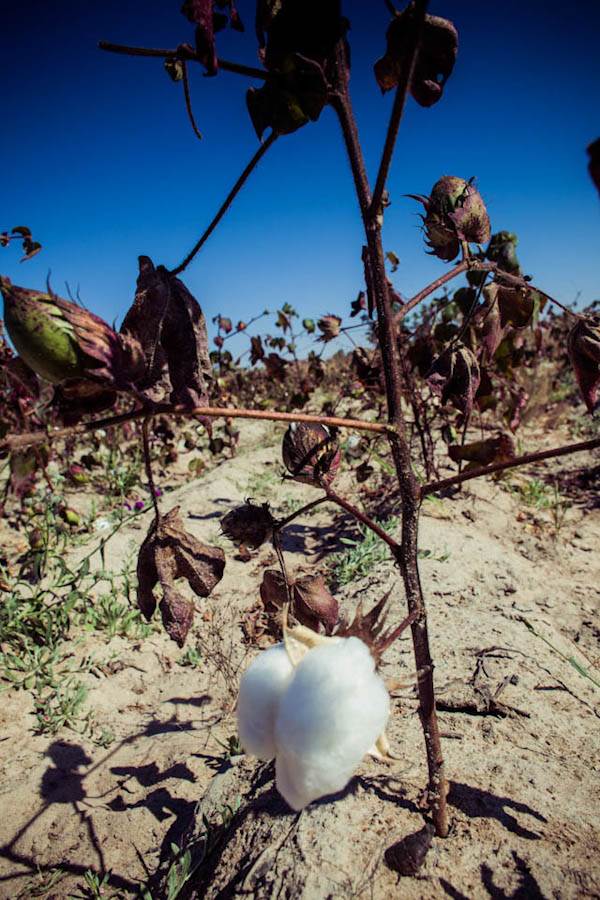 That must be how the Kinshasa – Lubumbashi road would unfold in the dry. I’d do it again, 2up even. Crossing in the rainy season was slightly insane. In Zambia we found that confusing pattern of deviations and footpaths, but no anonymous heroes to work the road.

The most crucial aspects separating Zambia from the DRC are that the tonga villagers will eventual hit tar, thus a vital network of motorized food and medical supplies; many Zambian villages have beet fitted with water pumps, rendering people less vulnerable to drought. The rainy season is also more forgiving in this part of Africa, the government less corrupt, allowing some cash to flow into the infrastructure and some humanitarian projects to develop. End of rant, back to the road. Pete has some problems with the tyre pressure. 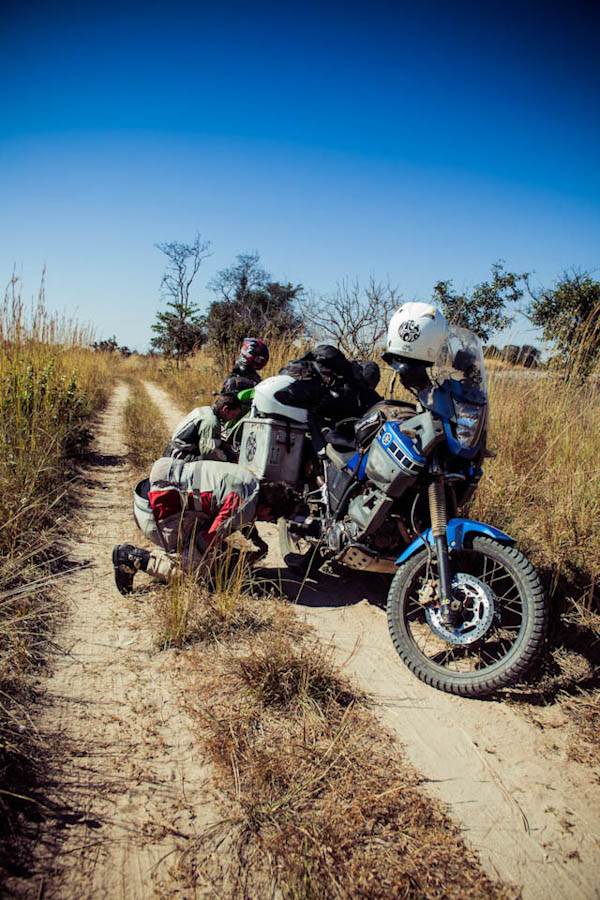 At Jacko’s we had had some time to see the project and had lunch. 40 km of ‘cotton’ later, in Kalomo, we parted ways with Pete. We scrambled for a bush camp in the tall grasses, another reminder of the DRC. In the morning the tent was drenched in dew. 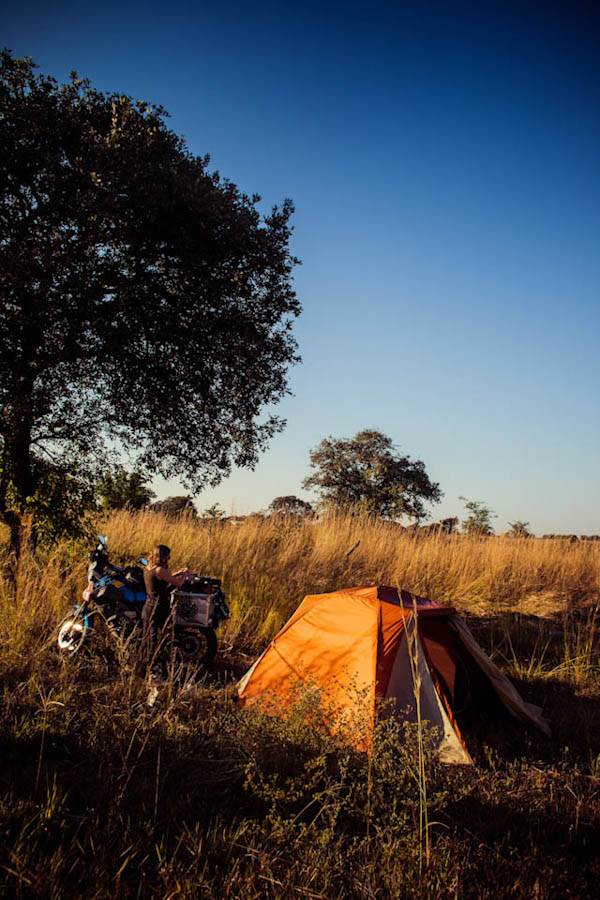 Before noon we were out of Lusaka: Bomoko oats and roasted chicken from Pick&pay – check, Motul oil from Ali Boats Yamaha – check. East Zambia had a more tropical feel and as the nights continued to become longer, they also became warmer. Crossing the rolling valley of Luangwa we could imagine that the northern and southern national parks must be beautiful. Here the parks were unfenced, bordered by GMAs (Game Management Areas), populated by both game and humans. But we were determined not to cross borders on sundays, so we a bit in a hurry to be in Mozambique the next day. 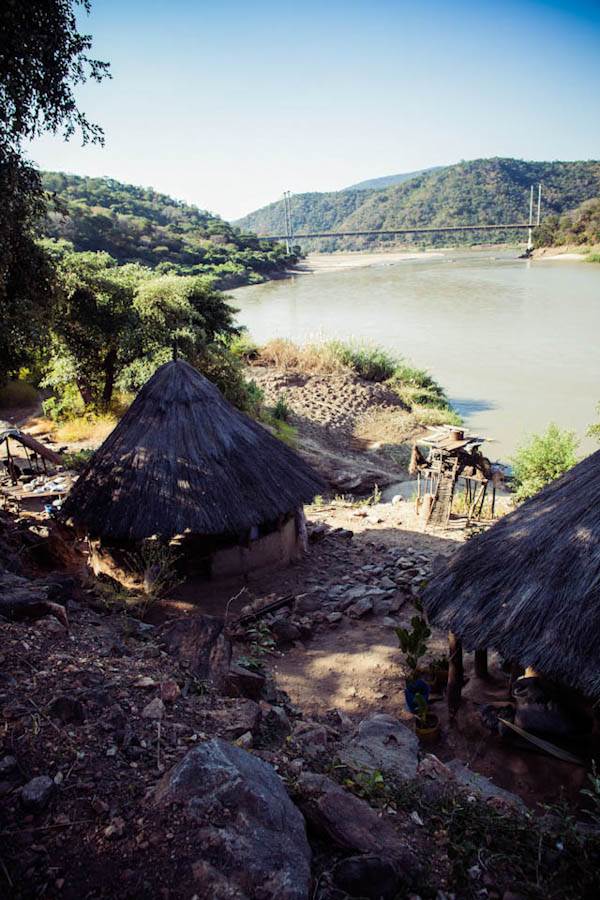 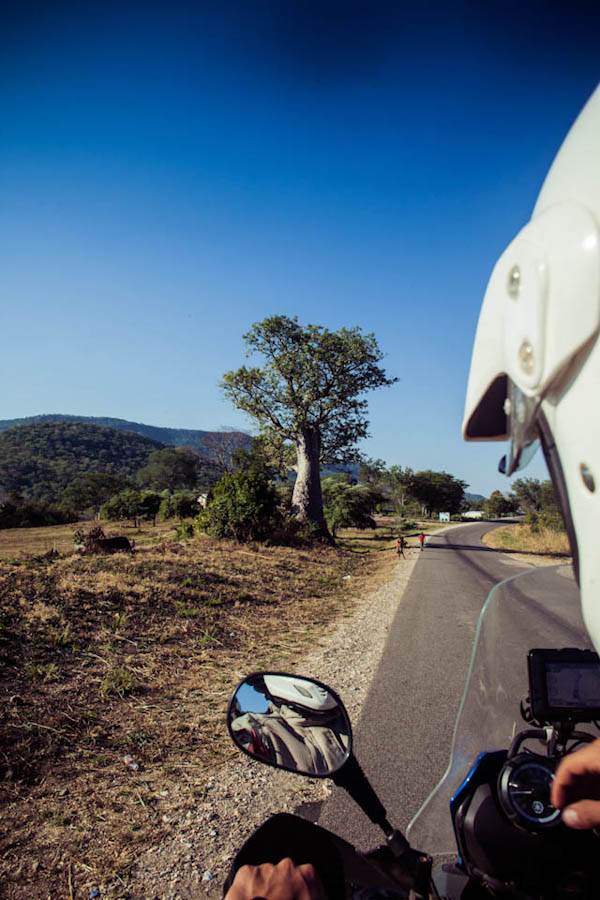 Sunset had been at 5.10 p.m., sunrise was scheduled for 5.56 a.m. At 5.15 a.m. the horizon was already blushing. Tent wet again, little puddles have formed where the poles reach the ground.

We had devised a system to warn critters we were there: poke the grass with a long stick, as there are snakes around here and last night we had some rodent foraging about. We had also capped the exhausts with the beer bottles we had for dinner.

Motorcycle, Tour of Africa
Previous Botswana – Between Heaven And Earth
Next Tudo Bem?